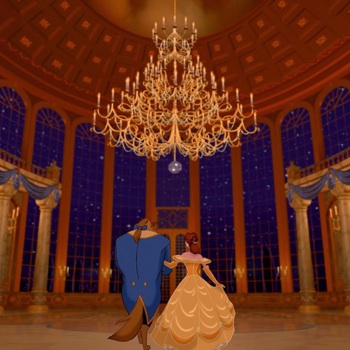 The success of Maleficent means Beauty and the Beast may be up for similar treatment.

Live action adaptations - or straight-up retellings - of animated classics seem to be all the rage at Disney, and with the success of Maleficent, we can only expect more of them to come. Already on the docket are Kenneth Branagh's adaptation of Cinderella (starring Lily James, Cate Blanchett, and Helena Bonham Carter), due out in March of 2015, and Jon Favreau's live-action/CGI hybrid retelling of The Jungle Book (rumored to be starring Scarlett Johansson, Idris Elba, and Lupita Nyong'o), also predicted to be out in 2015.

Now it seems Beauty and the Beast will be added to the list, with Bill Condon set to direct. It isn't he first time - or even the first time in recent memory - that Disney seemed likely to bring Beauty and the Beast back to the big screen. Last year, rumor had it that Disney was working on the Joe Ahearne-penned The Beast, a retelling from - you guessed it - the Beast's point of view. Since we haven't heard anything from that project, we're left to assume that whatever Condon is working on is the way of the future... though we'll always wonder what Ahearne's version of the story would have been.