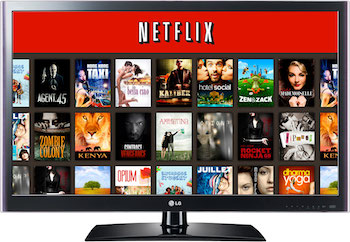 Though digital media is on the rise, it's not time to say goodbye to the movie theater just yet.

Going to a theater to watch movies can be a truly miserable experience: between people talking, kicking your seat, and typing away on their phones, it can be hard to actually enjoy the movie which is theoretically what you're there for. So it's no surprise that some people are happy to stay home and watch streaming video instead of heading to the theater - and that streaming profits are growing at a tremendous rate. A new study by PricewaterhouseCoopers predicts that streaming video - currently a $7.34 billion a year business - will hit $17.03 billion by 2018. If these numbers hold out, by 2017 streaming video will be pulling in more cash per year than the traditional movie theater, making up 43% of total entertainment revenue.

However, cinema isn't dead quite yet. While profits for streaming video are growing fast - primarily driven by services like Netflix and Hulu - profits for the movie theaters aren't shrinking... they're just growing nearly as quickly. Also falling on the metaphorical cutting room floor are physical home video rentals and sales, which have dropped $3 billion in revenue over the past 4 years and are predicted to fall even further as they're supplanted by digital media.