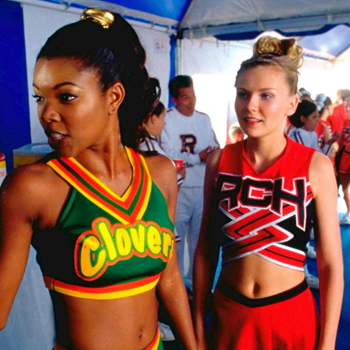 Marvel Studios have had a who's who of fast-working comedy directors pass on taking over the shooting of Ant-Man following the sudden departure of original helmer Edgar Wright, but now they say they've found their guy: Peyton Reed, the hardworking comedy specialist best known for Bring It On, The Break-Up and Jim Carrey's Yes Man.

In a surprising turn, Anchorman writer/director and Funny Or Die co-creator Adam McKay will "contribute to" (read: attempt to repair) the film's shooting script. McKay was at one point looking to take the project over in full, but was reported to have passed. The screenplay had been the primary bone of contention between Wright and Marvel: The film's storyline, cast, sets and costumes had all been set (while Wright is said to have already storyboarded most of the film and pre-visualized the major action scenes) when unnamed Marvel/Disney producers allegedly ordered a drastic in-house rewrite of the script which Wright disliked so much it led to his exit. Details of the changes are not known, but differences are said to have mainly arisen over approach to comedy and overall tone. It is also unknown to what extent McKay's license to further revise extends.

Another interesting note: Reed had once been slated to direct the original Fantastic Four feature, but was nudged aside for Tim Story shortly after his high-concept retro-comedy Down With Love failed at the box-office.

Marvel also released the first official description of the film's story, describing it as a "heist" movie with con-man Scott Lang (Paul Rudd) helping his mentor Hank Pym (Michael Douglas) protect the secrets of the Ant-Man technology (which allows one to shrink to insect-size and communicate with ants) from an unnamed threat. The film is still scheduled to begin shooting next month for a July 2015 release date.