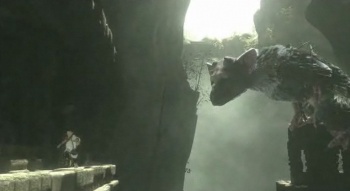 Rumors of The Last Guardian's cancellation have been refuted by Sony itself.

You may have heard a rumor floating around the internet over the weekend that Team Ico's long in-development adventure title, The Last Guardian had been cancelled. Well, The Last Guardian fans can rest easy, as Sony's Scott Rohde has assured us over dinner that the title is most definitely still in production.

"[Shuhei Yoshida] and I laughed at this rumor over dinner. The Last Guardian has NOT been cancelled."

Furthermore, journalist Geoff Keighley has piped up, saying that he recently interviewed Shawn Layden, the new CEO of SCEA, who claims that The Last Guardian is in full development in Japan.

The Last Guardian was first shown at E3 in 2009 (thought it had reportedly been in development since 2007), and since then very little information about the game or its progress in development has been released by Sony. It's no surprise that rumors of its cancellation come up every now and then.

IGN, who first posted the rumor, claimed it had heard so from an inside source at Sony Russia. It has since posted an apology on its website for running the rumor.

Nonetheless, despite Sony insisting the game is in full development, it continues to be "vaporware" until it surfaces in some shape or form. Hopefully, we're not looking at another Duke Nukem Forever here...