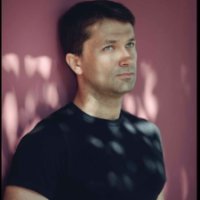 'I got my lesson not to discuss my work projects with external parties,' Alex Kibkalo tells the judge.

Alex Kibkalo, the ex-Microsoft employee who pled guilty on charges of leaking Microsoft's trade secrets to a French blogger, has been sentenced to 3 months in prison. Judge John C. Coughenour also ordered Kibkalo to pay a $100 fine, but that fine was waived as the court deemed it unlikely that Kibkalo would be able to pay it. The prosecution had recommended Kibkalo pay $22,500 in restitution to Microsoft, but the Judge didn't agree.

Kibkalo, a security and IT architecture specialist of more than 10 years standing, passed on pre-release source code for the version of Windows 8 used by ARM devices, as well as Microsoft's Activation Server Software Development Kit. According to a letter from Kibkalo to the Judge, he describes this action as "a wrong decision," and says "I got my lesson not to discuss my work projects with external parties." Though he doesn't explicitly say so, Kibkalo seems to imply that the wrong decision wasn't malicious but simple naiveté; he describes himself as an enthusiastic blogger and communicator, often talking to all kinds of people about any number of things.

As a result of this case, Microsoft has changed its policy about email communications. In order to find out more about Kibkalo it examined the contents of his French contact's Hotmail account, an action that it justified under its terms of service, saying that the "exceptional circumstances" warranted the search. Microsoft counsel John Frank also claimed there is no procedure for this sort of thing; Microsoft owns Hotmail, so it was effectively searching its own servers, and courts don't have any means of authorizing a company to search its own records.

Whether or not the terms of service did in fact justify the search, Microsoft caught a lot of criticism for looking at a user's personal email account without obtaining a court order. Its new policies, instituted after the Kibkalo case, call for it first to determine whether or not a court order would be warranted if one was applicable, and then to submit the evidence to an outside attorney who is a former federal judge. If that outside attorney agrees that there is a case to answer, and the evidence would justify a court order, the search will be conducted.