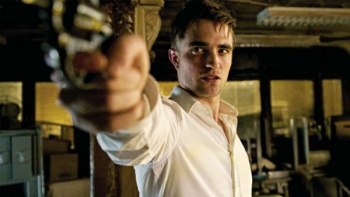 Contrary to rumors circulating, Robert Pattinson has confirmed he won't be the protagonist in the new Indiana Jones reboot.

Earlier this year, rumors were circulating that Harrison Ford's time as Dr. Henry Walton "Indy" Jones might be up, and that studios were looking to reboot the Indiana Jones film franchise with a younger protagonist. Well, you can cross Twilight star Robert Pattinson off that list -- at least for the time being. Contrary to rumors that spread this month that Pattinson was tapped to be the next Indiana Jones, the British actor debunked the murmurs in a recent interview with MTV.

When asked about the rumor, Pattinson answered with an emphatic "No," and added, "I didn't even know they were rebooting it." This isn't the first time Pattinson's name has been attached to a big-name film. Back when Daredevil film license was still at Fox, Pattinson was one of the rumored forerunners to play the blind vigilante.

"People just [make rumors up] so I get bad press afterwards," Pattinson adds. "'Hey, how about you play Jesus!' 'No, he should just die!' Great, thanks man," he finishes.

While you might not see Pattinson swing the whip soon, you can catch him in the Australian crime drama, The Rover, which will see an expanded film release in the US this June.

Are you glad that Pattinson won't be Indy? If so, whom would you rather replace Ford as the infamous doctor if and when a reboot happens?