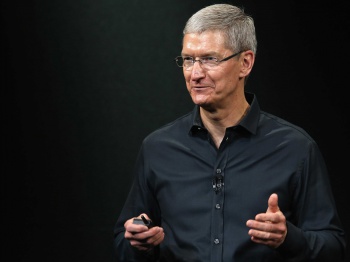 In a profile piece, it states that current Apple CEO Tim Cook has a less hands-on approach to product development compared to Steve Jobs.

In a profile piece published by the New York Times today regarding Apple CEO Tim Cook, it offers us an insight on the CEO's commitment to environmental issues and human rights, but also delves into how Cook's handling of the company differs from former CEO Steve Jobs. Cook, who took leadership of Apple nearly three years ago, is said to not only be "intensely private," but is described as less hands-on when it comes to product development compared to his predecessor who's known to be quit finicky when it comes to Apple's conception of devices.

According to people involved in the project who spoke under condition of anonymity, Cook is said to be content to hand over responsibilities of its long-rumored "iWatch" wearable device, to other executives, which include the likes of design chief, Jony Ive. Instead, Cook is said to be more involved in the smartwatch's "broader implications," that include its ability to monitor a person's vital signs, and heart rate, which should help the user's health, and limiting doctor appointments. Interestingly, the unnamed sources also say that the iWatch is said to be targeting a fourth quarter release later this year.

However, this doesn't mean that Cook is involved at the design process at all. One of the devices Cook pushed for was the iPad Mini, which was said to be a device Jobs believed didn't have a market. Robert A. Iger, chief executive of Disney and a member of Apple's board said that Cook "thought the world would love a smaller and less expensive tablet."

Some Apple critics might point out that since Steve Jobs passed away, the company's products have waned when it comes to innovation. Could this be a case of Cook not dipping his hand in the development pool enough? Or is this a case of other tech companies catching up and introducing their own innovations that Apple might not have foreseen -- regardless if Jobs was still commandeering the ship or not?

In Apple-related happenings, images of the new iPhone 6 have leaked out and shows the rumored 5.5-inch model that should bring it up to speed to its competitors' screen size among others.