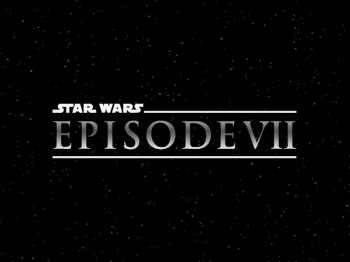 With filming underway for Star Wars: Episode VII, for a 2015 release, the rumor mill is understandably going into hyperspace for every bit of leaked story details and if the sources from Making Star Wars are to be believed, we might know the film's villains. Before you read on, the site makes it clear that while its sources are "people in various departments" at Pinewood Studios, none of them have actually read the script. The rumors reported on now is "amongst the people around Pinewood, some on Star Wars VII and some in the vicinity," and that "each of these sources have proven themselves to be related to the production in ways" the site won't divulge. With that in mind, some of the details outed could be considered spoiler-ish in nature, so bear that in mind before reading on. Now that we have that out of the way, the new villains in Star Wars: Episode VII are being called "Jedi Hunters" and they are "scary individuals, dressed in black, some helmeted" that are hunting Jedi for the Empire.

The Jedi Hunters' physical appearance are said to be characterized by "black and chrome with troopers in similar black and chrome uniforms," which are said to be "very imperial, but very new." Allegedly, these new threats are the reason why there is no New Republic after Return of the Jedi. Another source claims to have been on set for a sequence wherein we learn that the Jedi Hunters worship the Sith and want to resurrect them, with their mandate to "protect the Sith at all costs and insure their survival."

The same source divulges that Luke Skywalker has been fighting to stop the resurrection for the last 30 years of his life, but that "he is outnumbered, tired and in need of help." Allegedly, the villains' goal of resurrecting the Sith "sounds like it happens in the next film," which obviously points to Star Wars: Episode VIII.

Lastly, the trio of Jedi Hunters appearing on film are said to be played by Lupita Nyong'o, Adam Driver, and David Oyelowo, with a third source "adamant" that Oyelowo is voicing one of the trio.

While some of the details could be true, it's understandable for people to be suspicious. To that end, the site has posted as a disclaimer of sorts to let people know that this could either be accurate or inaccurate.

I just want to let everyone know this information is what we are hearing. It might be incorrect. We can't say for sure. We don't have that kind of access. This is simply what we are hearing from people that have proven to us that are from Pinewood. I don't want anyone to get their hopes up or down for that matter. But let it be known, this is what we are heard in the last two weeks and it could be accurate or inaccurate.

This is certainly a lot to take in and if it pans out, could see Star Wars fans looking at a new threat. I do admit, though, if these new villains can hunt down Jedi, does that mean they're on the same level as the Sith? That's just one of the questions racing in my mind right now but certainly won't be the last.

How do you feel about these rumors and are you hoping they come true or would you rather have the Sith once again be the main bad guys?