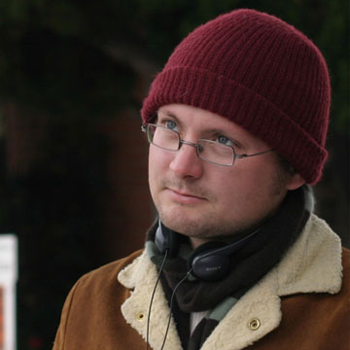 JJ Abrams is currently deep in production on Star Wars: Episode VII with Chronicle's Josh Trank and Godzilla's Gareth Edwards tapped to direct a pair of spin-off side projects in the series, but thus far there had been no word on who would be handling the next actual sequel. Now, we have an answer: Rian Johnson, best known to mainstream audiences as writer/director of the Bruce Willis time travel mindbender Looper.

Johnson first broke out as a major talent with the low-budget indie Brick, a hard-boiled 50s-style detective thriller (complete with noir-esque slang dialogue) set in a contemporary American High School; which he followed with the quirky period con-artist comedy The Brothers Bloom. He also helmed three episodes of Breaking Bad including "Ozymandias," which creator Vince Gilligan has called the best episode of the series.

The report also states that Johnson has also been tasked with writing the first treatment (read: detailed pre-screenplay story outline) for Episode IX. Thus far, no official details are known about the plot of the new Star Wars Trilogy apart from the participation (at least for the first installment) of Original Trilogy characters Luke Skywalker, Han Solo and Princess Leia. JJ Abrams and/or his production company Bad Robot are expected to have a key behind the scenes role in all three episodes, but not yet officially part of Episodes VIII or IX. Lucasfilm's Kathleen Kennedy is the principal producer of the franchise under the Walt Disney banner.