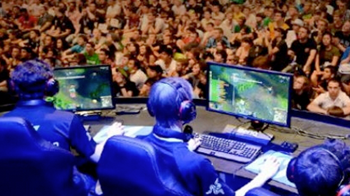 One university is now offering scholarships for students that are League of Legends eSport athletes.

Back in July 2013, the U.S. recognized eSports players as professional athletes. Since then, eSports continues to be a topic of much popularity and debate, more so now thanks to the Robert Morris University. The Illinois-based university is now offering scholarships for League of Legend eSport athletes that can cover up to 50% tuition and 50% room and board.

This is in conjunction with their introduction of eSports in their athletic program and the creation of the RMU Varsity eSport League of Legends team. The Varsity eSports team will compete against other colleges nationwide and from Canada in the Collegiate Starleague, a tournament that sends teams to Riot's North American Collegiate Championship. The championship nets winners $100,000 in scholarship funds.

According to the Associate Athletic Director Kurt Melcher, "Robert Morris University has always been at the forefront of providing opportunities for a diverse student population with different interests and skills. League of Legends is a competitive, challenging game which requires significant amount of teamwork to be successful."

They've already begun recruiting prospective students for their eSports program for this fall quarter that begins in September. The university is considering competitors that have participated in the League of Legends High School Starleague and other similar tournaments.