Mozilla is creating their own media-streaming device to compete against the Chromecast. 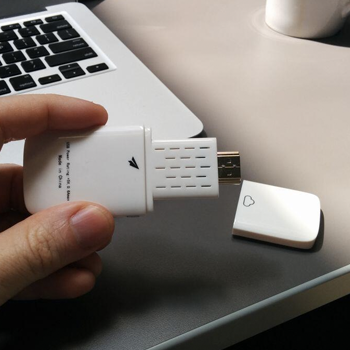 Mozilla, the company best known for the Firefox web browser, is reportedly working on their own version of the Google Chromecast. The Chromecast is a portable digital media-streaming device that debuted just last year.

GigaOm got some hands on time with the streaming stick prototype. It's Firefox OS-powered, and has all the same streaming functions as the Chromecast. In GigaOm's demo video, the Mozilla device is shown using the Android YouTube app and connecting to the television without any issues.

The dominant feature the Mozilla Chromecast-equivalent is seemingly said to offer that Google's product currently does not is openness for software developers. Developers will have more freedom to create using Mozilla's product, something that Google is still struggling to accommodate. Manufacturers may also be able to create their own hardware using the device's Firefox OS.

There are currently no further details on how much it will cost, when it will be released, or even its official name.