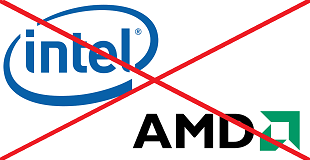 Russian government computers that use AMD and Intel processors will have guts replaced with homegrown CPUs.

If all goes according to plan, the millions of computers and servers owned by the Russian government will be Intel- and AMD-free in the coming months and years.

Russia's Ministry of Industry and Trade wants US-based AMD and Intel CPUs out of Kremlin-owned computers, and machines with the respective companies chips would be replaced with locally-sourced technology. The massive deal, expected to kick off in 2015, calls for Russian supercomputer maker T-Platforms to manufacturer ARM-based "Baikal " CPUs for personal computers and microservers.

Financing for the deal is being provided by defense firm Rostec, and tech giant Rosnano, both of which are run and/or financed by the Russian government.

With roughly one million PCs and servers purchased every year, the CPU switch will be massive in scope once the process gets rolling. With both AMD and Intel using x86 architecture, and the Baikal chip being ARM-based, it seems like the agreement will see new hardware with the Baikal CPU installed, instead of swapping out older chips in existing servers.

All in all, roughly five million computers and servers will eventually be running on local hardware, instead of tech designed in the United States.