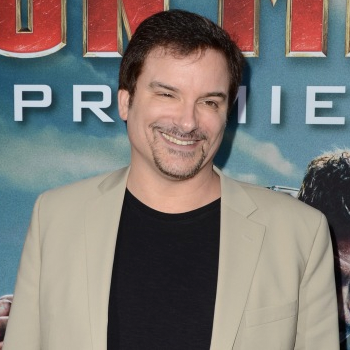 The 1987 classic Predator is being rebooted, with Shane Black at the helm.

Update: Looks like the reports that Shane Black and Fred Dekker were working on the Predator reboot neglected to clarify one thing: the new Predator movie is actually an "inventive sequel," not a reboot.

It turns out Black is actually not a fan of reboots, stating, "As far as Fred and I are concerned anyway, why start over, when you've all this rich mythology yet to mine?"

Predator is the action movie that immortalized the phrase "Get to the Chopper!," originally starring Arnold Schwarzenegger going head-to-head with the elusive Predator creature in middle of a Central American jungle. Twenty-seven years later the film is being rebooted, and the person undertaking this momentous task is none other than Shane Black, the director behind Iron Man 3 and screenwriter for Lethal Weapon.

Shane Black is reported to write the project treatment, but Fred Dekker will take on scriptwriting responsibilities. Dekker is the director and writer for RoboCop 3, and he also co-wrote Monster Squad with Black.

Shane Black is attached to direct.

To further ease our worries, John Davis, one of the producers of the 1980 original will also be producing this iteration of the film.

Black has an interesting history with the Predator series: he was approached several times in 1986 during both the pre-production and production phases of the movie to take a look at the script and give his input. He turned the studio down each time. He did eventually accept a small role in the film as radio operator Rick Hawkins.