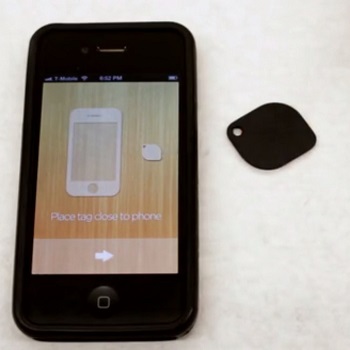 The iFind Kickstarter campaign reached half a million dollars before being shut down. Was it too good to be true?

When the iFind Kickstarter campaign launched, it was an exciting idea. A battery-free tag that your phone could locate via Bluetooth within 200 feet. Unfortunately, it seems like the technology of iFind is still unattainable.

The technology behind iFind has been under question for since before the first stretch goal ($100,000) was reached. Hacker website Hackaday investigated the feasibility of the technology early on. The iFind campaign states that it uses RF signals to power the locator tags, but Hackaday found that the only possible hardware that could be used for such a thing is far too large for the small tags.

Kickstarter user Sarah also investigated the technology herself and has updated the comments section of the iFind campaign with information found by her and others. She points out inconsistencies throughout the campaign, including updates were not being given on the stated schedule, technical specifications being impossible, and even that the listed patent numbers of iFind technology do not yield results with the US Patent Office.

While nothing has been posted on the iFind campaign page other than the fact that the campaign has been suspended, backers did receive an e-mail informing them they would not be charged for their pledges. The email also stated:

A review of the project uncovered evidence of one or more violations of Kickstarter's rules, which include:

As a policy, we do not offer comment on project suspensions beyond what is stated in this message.

The iFind campaign has been active for over a month, reaching nearly over 22 times its original goal. During nearly the entirety of the campaign, the comments section has been filled with questions about the validity of the technology, just as websites such as Hackaday have investigated the possibility of the hardware. Given how long it has taken Kickstarter to respond, how will this affect how well people trust in Kickstarter campaigns in the future? How likely is it that we will see copycat incidents?

We reached out to Kickstarter regarding the iFind campaign. While the individual suspension is not something the company will disclose information on, we were told that all suspensions are "permanent and not reversible".

Edited to include the response from Kickstarter.