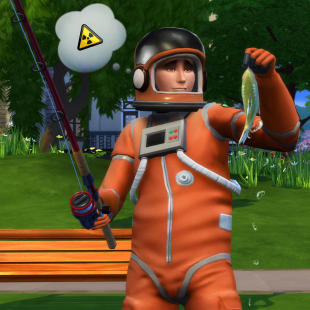 Maxis says that it will be excluding toddlers and pools from The Sims 4 because "it's not possible" to include "every single feature" from previous games.

The Sims 4 could be the first game in the series where you can't drown your unwanted Sims in a ladder-less pool. That, at least, was the indication of a recent blog post on The Sims official website which revealed that the game won't be launching with pools or toddler aged Sims as gameplay options. According to the posting, these exclusions are merely a casualty of the development process.

"It's not possible for us to include every single feature and piece of content we added to The Sims 3 over the last five years," said the post. "We recognize that some of you will be disappointed that pools and toddlers won't be available when The Sims 4 Base Game launches in September, you should know that we're building an incredibly strong foundation that is capable of fulfilling every one of your desires in the years to come."

Predictably, this news has sparked an outrage among The Sims fanbase which has enjoyed toddlers since The Sims 2 and used pools as a method of Sim murder since the very first game. In turn, angered gamers have created a petition at Change.org to try and convince EA and Maxis to change their minds and make sure the base game includes these feature.