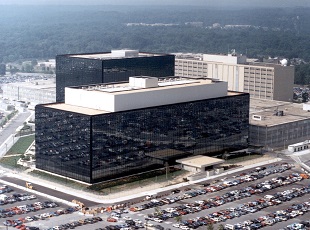 The only four countries the U.S. didn't spy on? Canada, Australia, New Zealand, and England.

There's been an undeniable focus on how the NSA collects data here at home, but The Washington Post now has a detailed report on gathering intelligence from foreign sources.

The report, based on top-secret documents leaked by Edward Snowden, shows just how far the intelligence web really goes. In short: Every country and territory that's not part of the "Five Eyes" group (that's the U.S., England, Canada, Australia, and New Zealand) is a potential target. And several global groups, like the World Bank, are also fair game.

The foreign component of the NSA program is shown as official via this signed order from 2010, in which Judge John Bates certifies (gives permission) for the NSA to act on Section 702 of the 2008 FISA (Foreign Intelligence Surveillance) Amendments Act.

According to a transparency report released last Friday, roughly 90,000 foreign targets were under NSA surveillance of sort kind.

The Post goes on to say that the broad language in the Act and its supporting documents "could allow for surveillance of academics, journalists and human rights researchers."

If the NSA is gathering data on millions of U.S. citizens, along with dozens of heads of foreign state, why not take a peek at the calls and emails of John Q. German? With this information coming to light, however, I'm sure the Obama Administration will have some light treading to do in the coming days and weeks.