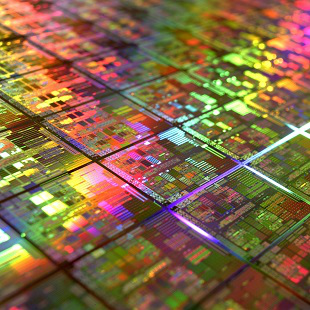 If IBM has its way, the processors in all of your favorite devices will be carbon-powered by or around 2020.

Carbon nanotubes, which aren't as mature as the silicon transistors found in commercial processors, have more upside in the future. IBM just built a processor with 10,000 carbon nanotubes, packed tightly in six-tube configurations. These nanotubes are 1.4 nanometers wide, and 30nm long.

The long-term goal is to create carbon nanotube-based processors with billions of transistors, packing similar figures as their silicon counterparts. IBM is aggressively pushing carbon because the nanotubes behave very similarly to silicon transistors, which would make swapping the two materials a largely painless process in the future.

2020 is the target date because silicon transistors should hit the 5nm mark in 2019. Once the transistors reach that size, it's going to be incredibly difficult to bring silicon down even further. Once 5nm chips are out in the wild, IBM's plan is to have carbon-based chips -- which would theoretically be five times faster than their silicon counterparts -- ready for sale.

Intel currently makes most of its CPUs on a 22nm manufacturing process. That means each silicon transistor on the Core i7 or i5 in your computer is 22nm in size. 14nm transistors are coming later this year in Intel's Broadwell processor lineup.

22nm and 14nm are both incredibly small -- small enough to cram 1.4 billion transistors on a CPU right now -- but we are eventually going to hit a ceiling with silicon tech. Enter IBM, which is keen on swapping silicon out for carbon.