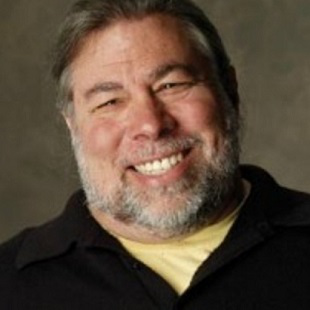 The Woz sold his Galaxy Gear on eBay after a day of use.

Steve Wozniak needs no introduction, and he's still a highly sought-after engineer when it comes to keynote discussions, and gaining insight on where consumer technology is heading. So it comes as no surprise that iWoz has a few thoughts on wearable tech, particularly smartwatches.

After giving a talk at the Flying Car conference in Milwaukee, Wozniak did some Q&A about wearable technology with Xconomy. The Apple co-founder has tried a few different smartwatches, and says the smart-but-not-really Martian models perform well (even if they don't have a full LCD display). So far he doesn't seem to be an unabashed fan of current offerings from Qualcomm, Samsung, and Pebble. Due to the timing of the interview, it's not clear if Wozniak has gotten any serious hands-on time with Android Wear devices.

His worst smartwatch experience? The Samsung Galaxy Gear. "That was the only technology I bought to experiment with that I threw out after half a day, sold it on eBay because it was so worthless and did so little that was convenient," Wozniak said to Xconomy. "You had to hold it up to your ear and stuff."

It's not clear if Wozniak is referring to the older Galaxy Gear models, or the new Android Wear-packing Galaxy Gear Live. With the interview happening last week, my guess is it's an earlier model.

I've yet to try either the Galaxy Gear Live or LG G Watch myself -- I'm holding out for the Moto 360 before I spend any money on a wearable -- but the reviews (The Verge, Gizmodo) seem to be largely positive.

Have you tried any of the Android Wear-toting watches yet? If you have, drop your impressions in the comments.