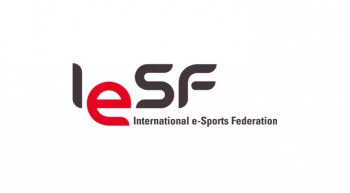 The International e-Sports Federation believes e-Sports will be a "legitimate" sport by segregating men and women.

Update: The International e-Sports Federation announced it has changed its former policy, which separated e-Sports tournaments into male-only and female-only tournaments, and has offered an apology. After the policy was called into question yesterday, IeSF called together an emergency board meeting. It has decided to replace male-only tournaments with tournaments that are open to all. IeSF made the following announcement on its Facebook page:

Our reason for maintaining events for women only is that we acknowledge the importance of providing women with ample opportunities to compete in e-Sports,
a currently male-dominated industry. Without efforts to improve female representation in e-Sports events, we can't achieve true gender equality.

However, we realize that hosting a "male-only" competition is not the right way to go - as we stated, the industry is already male-dominated.
The fact that a female-only competition is being held for the reason stated above doesn't mean that there is need to define the main competitions as "male-only".

Therefore, we have decided to remove "male-only" competitions. This means the upcoming IeSF World Championship will host tournaments in 2 sections:
an "open-for-all" section which is open for all genders (replacing men-only competitions), and a female-only tournaments as stated previously.

Original story: On July 31, several Hearthstone players will compete in the Finnish qualifier tournament - but none of them will be women. The International e-Sports Federation has stipulated that the qualifier is open to Finnish male players only.

The rule is based on IeSF tournament regulations. "Since the IeSF World Championship Hearthstone tournament in Baku is male only, we can only accept male participants in the Finnish qualifier," a statement reads on the Hearthstone IeSF qualifier page.

In a reply on its Facebook page, IeSF said further, "The decision to divide male and female competitions was made in accordance with international sports authorities, as part of our effort to promote e-Sports as a legitimate sports."

The Finnish eSports Federation does not agree with the IeSF's decision. They are currently lobbying for equal rights of male and female players in IeSF tournaments, Koskivirta said. "This is an ongoing process and we of course welcome any support in this matter."