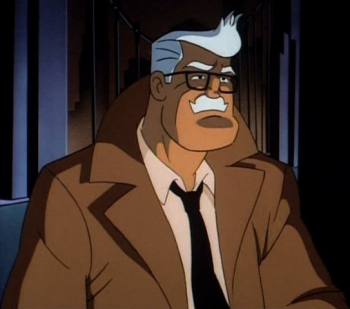 His third fight with cancer was his last.

Bob Hastings, character actor who portrayed Batman: the Animated Series' Commissioner Gordon among many other roles, has died. He suffered from pancreatic cancer; this was his third cancer fight in 15 years. He was 89 when he passed.

Hastings got his start in radio, when he was only 11. After the war he went back into radio for a while, voicing Archie Andrews through the 1940s and 1950s, before making the switch to television, where he spent most of the rest of his career. He's one of the few actors who can claim to have worked on the 1960's Batman show as well as the animated series; in his day he's been Superboy, helped out Scooby Doo, been stalked by a werewolf aboard a cruise ship in Kolchak: the Night Stalker, and for many, many episodes and movies was Commissioner Gordon to Kevin Conroy's Batman. He even reprised the role in two video games: Batman: Vengeance, and Batman: Rise of Sin Tzu.

Hastings leaves behind a wife, four children, and many grand and great-grandchildren. Condolences to them all at this difficult time.