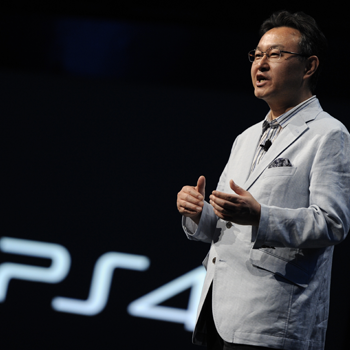 Yoshida doesn't understand the mindset some gamers have about only playing big-budget titles.

President of Sony's Worldwide Studios Shuhei Yoshida is a big advocate for indie games, so he's bewildered why certain gamers would only want to play triple A games.

In an interview with GamesIndustry, Yoshida described how Sony was initially hesitant about the reception Media Molecule's newest game would receive, "I was very happy to get a very positive reaction when we announced LittleBigPlanet 3. We are concerned a little bit when we work on a game like LittleBigPlanet 3, about how people will react, because people want those big-budget, realistic, military shooters. But there were lots of cheers, a lot of affection." He was also happy to see the positive reaction to Nintendo's games, like Splatoon, and what that says about the industry's interests.

Granted, Little Big Planet 3 is anything but indie, but it relates to his sentiment about gamers only wanting to play big-budget military shooters. When Yoshida was asked if the focus on indie games is actually to take up slots AAA games are currently not filling on Sony's end, Yoshida states that's just a welcomed benefit, "That's not why, but that's the end result of having great indie games as well. Almost every week you see an indie game coming out digitally on PS4."

He takes the debate further, "I hear complaints [about the lack of AAA games]. I do realize that some people are only interested in big-budget AAA games. I don't really understand those people." He has some theories as to why these type of gamers don't like playing indie games, "I don't know if they've tried some of the indie games and decided they're not interested. Maybe they haven't even tried. That's a key question. With Resogun, which we offered for free for a long time on PS Plus, not every PS Plus member downloaded it, and that's a great, great game. That's a key question for us."

Sony will continue to push its PlayStation loves indie devs initiative, the latest of which was their release of Entwined during their E3 press conference. You can read our review here.