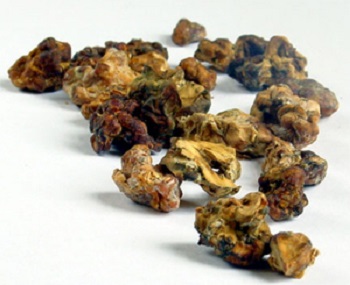 Certain species of mushrooms could be used to treat health conditions like anxiety and depression in the near future.

A mind altering chemical compound found in some 200 species of mushroom is being investigated as a potential treatment for depression and anxiety. People who consume these mushrooms report feeling more optimistic, less self-centered, and even happier for months after their experiences, which can be a bit scary and unpleasant.

According to a study published on July 3rd in a scientific journal titled Human Brain Mapping, the mushroom compounds could be unlocking brain states usually only experienced when people dream. These states change mental activity that could help unlock permanent shifts in a person's perspective.

The study explored brain functionality in those who had received injections of psilocybin, the compound which gives certain mushrooms a psychedelic effect. After being injected, the 15 participants were found to have increased brain function in areas associated with emotion and memory. This research is the first to attempt to relate the behavioral effects to biological changes.

Dr. Robin Carhart-Harris, researcher in neuropsychopharmacology and co-author of the study, felt as though the brain state induced by psilocybin was extremely similar to a brain while in dream sleep. "You're seeing these areas getting louder, and more active," he said. "It's like someone's turned up the volume there, in these regions that are considered part of an emotional system in the brain. When you look at a brain during dream sleep, you see the same hyperactive emotion centers."

Carhart-Harris believes that psilocybin may unlock emotion while inhibiting our ego, allowing users to be more open minded and focus on positive outlooks. He hopes to see more of these compounds in modern medicine. "The way we treat psychological illnesses now is to dampen things," he said. "We dampen anxiety, dampen one's emotional range in the hope of curing depression, taking the sting out of what one feels."

Give us your opinion in the comments below!