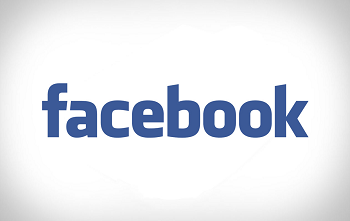 The findings from a recent Facebook study has prompted negative backlash concerning the morality of how the research was conducted.

Privacy activists from the Electronic Privacy Information Center stated Thursday in a formal complaint to US regulators that a recent Facebook experiment "messed with people's minds", prompting an immediate investigation. In their complaint to the Federal Trade Commision, they insisted the widely criticized study mislead users and violated an agreement on privacy settings, and were quoted as saying "The company purposefully messed with people's minds.

According to the complaint, this experiment altered the news feeds on Facebook in an attempt to stimulate both positive and negative emotional responses. Not only did the social media site "[fail] to follow standard ethical protocols for human subject research", but neglected to get their user's permission or notify unknowing participants that their information was being disclosed to researchers. The privacy group requested that the FTC not only investigate the experiment thoroughly, but order a cease and desist on any similar practices Facebook might be conducting and make the algorithm used in displaying content on the news feed public.

The study in question was conducted back in 2012 in order to better understand "emotional contagion". It is reported that Facebook intentionally altered the emotional subject matter of news feeds belonging to 700,000 users, with some receiving uplifting entries and others receiving depressing entries. When the findings of this research was published last June, the feedback that ensued was not only that of outrage but inquisitive on the ethics of the act.

The Electronic Privacy Information Center was one of many similar groups that filed complaints back in 2009 and 2010 which subsequently led to Facebook's 20-year agreement with the FTC on privacy. A 2012 settlement with the FTC prohibits Facebook from misrepresenting the privacy or security of its data. Chief operating officer Sheryl Sandberg publicly apologized this week for "communicating terribly" about the research, and assured that "we take privacy at Facebook really seriously."

This complaint comes just a day after British authorities announced an investigation over the experiment.

Let your voice be heard in the comments section.