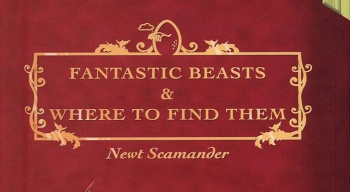 Fantastic Beasts and Where to Find Them will be shooting in the same studio in the UK where the Harry Potter film franchise was shot.

There's a saying that if "it's not broken, don't fix it," right? Well, it seems Warner Bros. is using this mentality when it shoots the film Fantastic Beasts and Where to Find Them. UK culture secretary Sajid Javid announced that the spinoff will once again be filmed at Warner Studios Leavesden, which is where all eight Harry Potter films have been shot. Warner Bros., who bought the property years ago, confirmed the news, and has also said that it plans to expand the complex, where its planning three "new state-of-the-art stages," and also, the addition of a further 100,000 square feet of office space.

While there's no director or cast members attached to the film presently, we do know that Warner Bros. is looking to make it into a film trilogy of its own, with the first film set to hit theaters in November 2016. In Fantastic Beasts and Where to Find Them, the film will feature "magizoologist" Newt Scamander and is set seven decades before Harry Potter & Co. make their way to Hogwarts The stories themselves are neither prequels or sequels to the boy wizard's adventures, but will be connected to the wizarding world Rowling concocted for Harry Potter. Even if the book the movie will be based on is only 54-pages short, this most likely won't be an issue since Harry Potter author J.K. Rowling herself has been tapped by Warner Bros. to be the screenwriter for the films, which will be the writer's film writing debut.

Excited for Fantastic Beasts and Where to Find Them? or is Warner Bros. unnecessarily milking the Harry Potter franchise and using the fans' loyalty to make a quick buck?