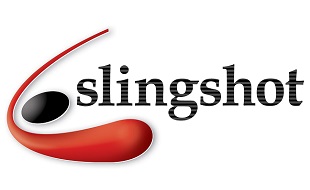 Live in America? Your access to Netflix is rarely an issue -- unless you're a Verizon customer, at least. But those of you outside the U.S. of A. might have a harder time getting to House of Cards or Orange is the New Black. It all depends on where you hang your hat, I suppose.

Well our Kiwi friends in the Southern Hemisphere now have a workaround at their disposal, it seems. New Zealand ISP Slingshot is now offerings its customers a free VPN (Virtual Private Network), which will make accessing the service a less painful experience.

Slingshot's Global Mode was initially meant to offer visiting US and UK residents a way to access sites otherwise unavailable to New Zealanders, including Netflix (there's no NZ version of Netflix at the moment). The service also allowed users to access Hulu, Amazon Prime, and other video streaming services.

But Slingshot head honcho Taryn Hamilton just told the New Zealand Herald that the VPN is now open to any customer who wants it, with no strings attached.

Opening the flood gates might have some adverse effects down the line, depending on how Netflix and local broadcast rights holders react. But for now? Slingshot users...you are free!!!