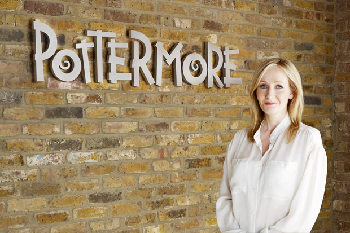 The wizard and his compatriots tackle their biggest challenge yet- adulthood.

JK Rowling has offered fans a glimpse into the future of "The Boy Who Lived" by resurrected her hero for a new short story that reunites him with his old friends at a Hogwarts school reunion. The 1,500-word story has been published on the Pottermore website, and is written from the point of view of Rita Skeeter, the journalist in charge of a gossip column found in the wizard newspaper The Daily Prophet. Set to the backdrop of a Quidditch tournament, the story notes that Harry (now 33) has silver streaks in his hair and still wears his glasses- which according to her are "better suited to a style-deficient 12-year-old".

Rowling describes aspects of Harry's new life by alluding to a mysterious cut over his cheekbone, which apparently signifies his membership to a top-secret group of wizards called the Aurors. The author also includes details about Hermione, Ginny, and Ron- who apparently left his job at the Ministry of Magic and may be dealing with mental disabilities.

Despite the piece focusing on the current state of the Wizarding World, it also seems to be a sarcastic and hardly concealed dig at the media by Rowling. In the piece, Skeeter writes, "One always hesitates to invade the privacy of young people, but the fact is that anyone closely connected with Harry Potter reaps the benefits and must pay the penalty of public interest." Back in 2011, the famous author appeared before the Leveson Inquiry and described in detail the level of intrusion she was currently experiencing by journalists and the press.

Give us your thoughts about Harry Potter's latest adventure in the comments.