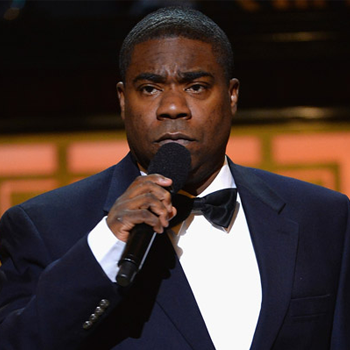 On June 7th, a limo-bus containing comedian Tracy Morgan, his mentor James McNair and several others was involved in a devastating car wreck that put Morgan in critical condition and resulted in McNair's death. It was subsequently confirmed that the multi-car crash had been caused by a Wal-Mart tractor-trailer truck whose driver (who since turned himself into authorities) had fallen asleep at the wheel after allegedly having been awake for over 24 hours.

Now, Morgan (who was originally hospitalized in critical condition is still undergoing serious rehabilitation at an unknown facility), McNair's family and several other victims have officially filed suit against the Wal-Mart Corporation seeking "unspecified damages" and a trial by jury. The suit claims that Wal-Mart "knew or should have known" that its driver was operating on an unsafe lack of sleep, and that its vehicle's collision-avoidance systems had been compromised.

The suit describes Morgan as having been "...incapacitated from pursuing his usual employment and other activities, may be left with disabilities that will in the future similarly incapacitate him and cause him pain and suffering, and may require medical treatment."