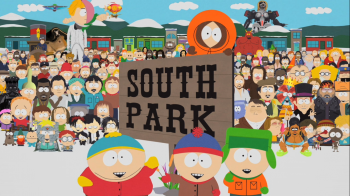 All 17 seasons of South Park will be available completely free to stream on Hulu.

Popular video streaming service Hulu announced at the Television Critics Association summer press tour in Los Angeles today, that it will be the exclusive streaming home for all seasons of South Park. The exclusive, multi-year licensing agreement means that all 17 current seasons of South Park will be available completely free of charge via the service, from now until the premiere of season 18 this fall (September 24).

"South Park has revolutionized TV and pushed boundaries with unparalleled topicality and daring humor," said Craig Erwich, Head of Content, Hulu. "South Park has been one of the top ten most popular shows of all time on the platform. We're thrilled to offer the series to fans in its entirety."

"This is a natural partnership for us," said South Park creators Matt Parker and Trey Stone. "We are excited that the entire library will be available on Hulu and that the best technology around will power South Park Digital Studios."

While I'm sure this is fantastic news for all our American viewers, as an Australian, this doesn't really change much, as all I have to look forward to is a whole bunch of "this video is not available in your country" messages.