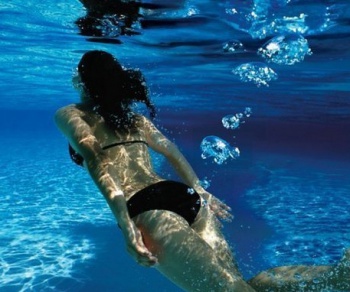 Scientists at the University of Exeter claim that the smell of farts can offer health benefits when it comes to cancer, diabetes, stroke and other diseases.

In what could possibly be one of the weirdest science/health news I've heard in a long while, scientists out of the University of Exeter claim that smelling farts, could prevent cancer and other diseases. And yes this isn't a joke post or something someone found on humor websites. In a press release by the university, Dr. Mark Wood mentions farts as a "healthcare hero."

Although hydrogen sulfide is well known as a pungent, foul-smelling gas in rotten eggs and flatulence, it is naturally produced in the body and could in fact be a healthcare hero with significant implications for future therapies for a variety of diseases.

While farts can be noxious in large doses, the scientists who conducted the study think that smelling it in small doses can help lower the risk of cancer, strokes, heart attacks, arthritis, and dementia by preserving mitochondria. Not only that, but researchers are even concocting their own compounds to emulate a fart's "health benefits." According to a study by Professor Matt Whiteman in the Medicinal Chemistry Communications journal, "We have exploited this natural process by making a compound, called AP39, which slowly delivers very small amounts of this gas specifically to the mitochondria," and adds, their "results indicate that if stressed cells are treated with AP39, mitochondria are protected and cells stay alive."

Unfortunately, the study doesn't go into specific detail into just how much flatulence one must be exposed to in order to reap these benefits. But given farts are free, and assuming you have a high tolerance for toxic smells, why not smell them all? So, the next time you want to rip a big one in an enclosed space, show the people around you this post to let them know you're just helping them live a little longer.

Source: University of Exeter via TIME

Agents of Cosplay: Cosplay for a Cure Liana Kerzner 1 Comment
Comments on