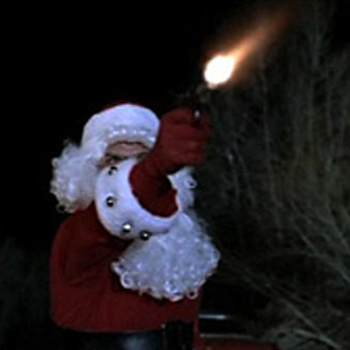 Popular web-series filmmaker signs on for what is, apparently, an actual movie

Filmmaker Kevin Tancharoen is no stranger to high-concept action, having parlayed his independently-produced Mortal Kombat fan-film into overseeing the officially-licensed web-series MK: Legacy. But now he'll be taking his talents to a set of original characters loosely-inspired by Charles Dickens' A Christmas Carol in Voltage Pictures' upcoming feature film The Guns of Christmas Past.

The film, which is being made from an original script by Andrew Hilton, is about a retired hitman who returns to hometown of Chicago on Christmas Eve seeking vengeance for the death of a friend. His mission puts him into conflict with three "unlikely adversaries" from his past, his present and his future. Whereas Carol involved its protagonist meeting representatives of past, present and future in the form of ghosts, whether or not there will be a supernatural component to Guns' trio of adversaries is not yet known.

Tancharoen has had an unusual path to Hollywood, starting out as a dancer and choreographer (most notably for Madonna and Britney Spears) before moving into directing - first for television and concerts, then to features with the 2009 Fame remake and Glee: The 3D Concert Movie. He originally made MK: Rebirth on his own as a pitch to Warner Bros. for directing a theatrical reboot of the franchise. He was reported to have dropped out of the Legacy series in 2013, but has recently confirmed that he is onboard for a hoped-for third season.