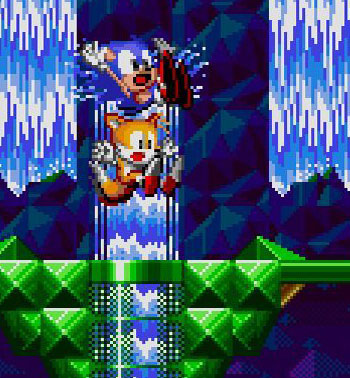 First of all, a game called Mountain recently came out, and it's surprisingly controversial for a modestly interactive, $1 mountain simulator. As writers discuss the game, Michael McMaster takes the conversation in an interesting direction with his essay on Medium titled "On Formalism":

Brendan Keogh uses McMaster's post to understand his own feelings on Mountain. Meanwhile, Austin C Howe gives a short but sweet two-part rebuttal to one of McMaster's headier claims: On Mountain and On Text Vs Form.

Switching gears a bit, over on Kotaku the illustrious Aevee Bee writes a great primer on the fighting game tournament EVO 2014, which went down this past weekend. In a similar vein, Robert Yang talks about communication through code in a "post-mod culture."

Finally, if you want some more joy in your life, Heidi Kemps's journey to find the secret origins of a lost Sonic the Hedgehog level at The Atlantic is an incredible read.