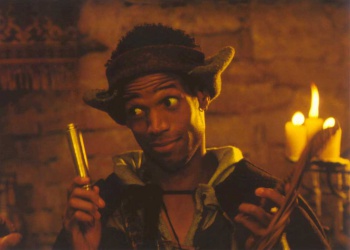 There will be no settlement.

Negotiations for a settlement in the lawsuit between Hasbro and Sweetpea over the rights to make a Dungeons & Dragons movie have failed and the case will proceed to trial. Sweetpea alleges that it has the license to make a Dungeons & Dragons movie, while Hasbro contends that that license has expired. There were several delays - including postponing the original trial date from March 25 to July 1. Both sides have agreed there will be no further settlement negotiations and a trial date has been set for September 16.

Warner brothers initially announced its intent to produce a Dungeons & Dragons movie in March of 2013 - likely having gotten the idea that a new edition of D&D was on the way. Shortly after the announcement was made, Hasbro filed a suit to prevent that movie from going into production. Hasbro maintains that the movie rights to D&D have reverted to them, since Sweetpea went five years without producing a true theatrical release of a movie - only television movies - which according to Hasbro don't count. Sweetpea maintains that they have exclusive and permanent rights to produce D&D live-action films.

The 2000 D&D movie is widely considered a flop. Though some disagree.