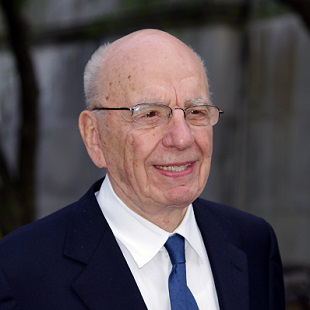 According to The New York Times, Time Warner CEO Jeff Bewkes received an email from Murdoch on Tuesday evening, saying "On behalf of our board and senior management team, I am writing to inform you that we are withdrawing our offer to acquire Time Warner, effective immediately."

Instead of buying Time Warner, 21st Century Fox will now buy back roughly $6 billion worth of its own stock from the open market.

Original Story: Rupert Murdoch recently tried to buy Time Warner, and its subsidiary HBO, for a staggering $80 billion. The offer was turned down, according to The New York Times.

Time Warner owns and operates a number of subsidiaries, including HBO, Turner (TNT, TBS, Cartoon Network), Warner Bros., DC Comics, and the Bleacher Report. If 21st Century Fox (Fox, FX, Fox Sports, etc.) were to complete a buyout, the result would be an absolute behemoth of a media conglomerate.

Time Warner issued a press release about the proposed merger/buyout, which would have sent Fox cash and stock to Time Warner, outlining its reasons for the rebuff. "...after consultation with its financial and legal advisors, [Time Warner] determined that it was not in the best interests of Time Warner or its stockholders to accept the Proposal or to pursue any discussions with Twenty-First Century Fox."

Time Warner would go on to say that "there are considerable strategic, operational, and regulatory risks to executing a combination," and that managing a conglomerate of such size would be extremely difficult.

If the deal were to go through, there would be many a regulatory hoop to jump through. Fox would likely have to sell CNN to another media company, or spin it off as independent. And both Fox and WB being under the same umbrella would raise at least a few eyebrows.

This deal is not to be confused with Comcast's merger with Time Warner Cable, as the latter has been an independently operated business since separating from Time Warner in 2009...not that any of us are particularly thrilled about that deal, either.