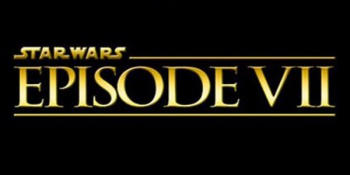 Potential spoilers within where it talks about Star Wars: Episode VII's plot and what the characters are up to.

While the plot for J.J. Abrams' Star Wars: Episode VII has been kept under lock and key from the public, could we finally have the first plot details leak out? In a report by the normally reputable Badass Digest, the site claims it has the general premise of the upcoming seventh entry to the Star Wars film franchise. Keep in mind that even if what you'll be reading has not been confirmed and should be treated as a rumor, there's a chance that this could all be legit. So best to consider some of the details as potential spoilers.

Just so nothing will be lost in translation, since the site's report on the plot tried its best to be very basic and not go into anything specific, we've included the plot details as is.

On how Star Wars: Episode VII will start out:

Imagine the standard Star Wars crawl, and when it ends the camera pans up to the stars. But instead of a spaceship zooming into frame we see... a hand! A severed hand, tumbling through space. A severed hand gripping a light saber.

That hand falls onto a desert planet, where it is discovered by characters who will be our heroes. One is Daisy Ridley. The other is John Boyega, who is playing someone trying to change his path in life (again, I'm keeping it vague here). They recognize the light saber as a Jedi relic and decide to return it to the proper people.

It's said that on their quest, they then meet Han Solo and Chewbacca who recognize the lightsaber as belonging to someone they know.

Their quest takes them off world, and they meet up with Han Solo and Chewbacca, who aren't flying around in the Millenium Falcon anymore but are piloting... well, that could be a spoiler. I'll leave it. Anyway, Han and Chewie recognize the light saber as Luke's, and they say they haven't seen their friend in thirty years, since the events of Return of the Jedi.

So begins a quest to find the missing Jedi Master. Meanwhile, on an ice planet, nefarious forces are building a super weapon, one capable of destroying not planets but entire solar systems...

According to the report, it says the plot of Episode VII is an "echo" of A New Hope, with the basic "sweep" of the story being similar and intentionally made that way. However, it does add that fans shouldn't assume that every " every ice or desert planet in the galaxy has already been visited." Supposedly, this is just the broadest of outlines, but it's said that they're hearing "extremely positive things about the action, and very, very good things about the characters themselves."