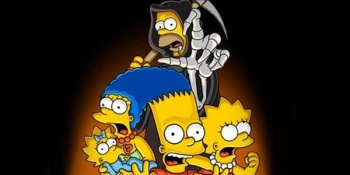 The Simpsons showrunner Al Jean says the upcoming death in the show is "obvious," with clues pointing to Krusty the Clown.

While The Simpsons has been on TV for a long time, fans might want to tune in this September for this season's premiere, as a character will die during the episode. During Fox's panel at the Television Critics Association (TCA) press tour, The Simpsons showrunner Al Jean talked about the TV series' upcoming 26th season and even opened up a bit about the character that's set to die in the season premiere. According to Jean, "It turned out bigger than we thought it was going to be...It's not going to be this blood bath where they all get murdered." When asked which character will bite the bullet, Jean mentioned that the actor who plays the character has won an Emmy, and that his clues have been "obvious."

Given that the premiere episode is titled "A Clown in the Dumps," it's easy to think that Krusty the Clown might be the one to croak. And when you factor in that Dan Castellaneta -- who voices both Krusty and Homer in the show -- has won an Emmy, well, all signs point to a grim future for Krusty.

Do you think Krusty will be the one to die? If not him, which character would you prefer be sent to Simpsons heaven? You can check it out for yourself when The Simpsons' 26th season premieres this September 28 on Fox.

Need Help With The First Boss of The Surge? Beat P.A.X. With These Tips Kevin Thielenhaus 0 Comments