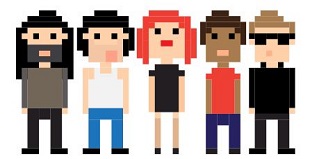 There's a fantastic amount of data in the report, including the average salaries of men and women in the game development industry. The collective average salary sits at $83,060, which is down 1.51 percent from the 2013 average of $84,337.

When the average salary is broken down by gender, men's salaries move up to $85,074, while women's salaries drop to $72,882. The salary difference is a 14 percent gap, with some positions suffering more than others. Female audio workers earn 68 cents to every dollar earned by a male counterpart, while the gap is considerably tighter in the design discipline (six cents). Only one category saw women earning more than men: QA, where the former have a four percent advantage over the latter.

Women are also considerably under-represented in the industry, with five of the seven job categories having a female population of 5-13 percent. Business/Management, and Producers were the outliers at 21 and 22 percent, respectively.

The survey does not disclose the diversity of those polled, outside of which country/region participants come from, nor does it expand on how experience is tied into the quoted, gender-specific salaries.

While the salary gender gap in game development is something that needs to disappear (and fast), the gap is considerably smaller than the U.S. average of 23 percent (according to the 2012 U.S. Census Bureau survey).

The survey cites Pew Research when looking for answers to the pay inequality question. "One of the prevailing theories...is that women are more likely to experience career interruption than men, as a higher percentage of women take time off to care for family. Such career interruptions could have an impact on longer-term earnings."

Other information from the survey:

You can read through the entire report here.