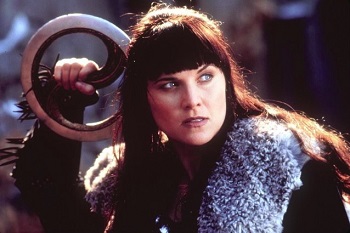 Lucy Lawless of Battlestar Galactica and star of Xena is coming to Marvel's Agents of SHIELD next season.

Lucy Lawless has been confirmed as an addition to Marvel's series Agents of SHIELD for the second season, premiering this fall. Her role in the show and how long her stay will be is still shrouded in secrecy. While it may be a single episode guest spot, let's hope she makes recurring appearances, as Lawless has proven quite capable in genre television.

Lucy Lawless has starred in and made appearances in an impressive number of geeky television series. She became iconic for her role as Xena, the warrior princess, in the TV series Xena: Warrior Princess, and has also played major roles in the re-imagined Battlestar Galactica and the Starz Spartacus franchise. She even made a guest appearance on The X-Files and the cult hit Veronica Mars. Most recently, Lawless was a recurring guest on NBC's Parks and Recreation. 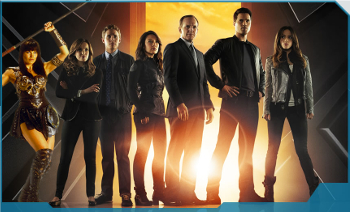 With San Diego Comic Con kicking off Thursday and Marvel's tendency to make a number of cool announcements around this time of year and at SDCC, we may get more details on her role later this week. Of course with other major announcements regarding the Marvel Cinematic Universe, news on the guest appearance of Lawless might have to wait until later. After all, there are a lot of potential announcements for Marvel's film and television franchises, including future movie plans, the upcoming Netflix series, and other Agents of SHIELD and Agent Carter plans.

Agents of SHIELD returns to ABC on Tuesday, September 23rd at 9/8c.

Fans of Agents of SHIELD and Marvel, what role do you see Lawless taking in the series? A new agent or maybe someone with super powers? Possibly the mother of Skye or Fitzsimmons?