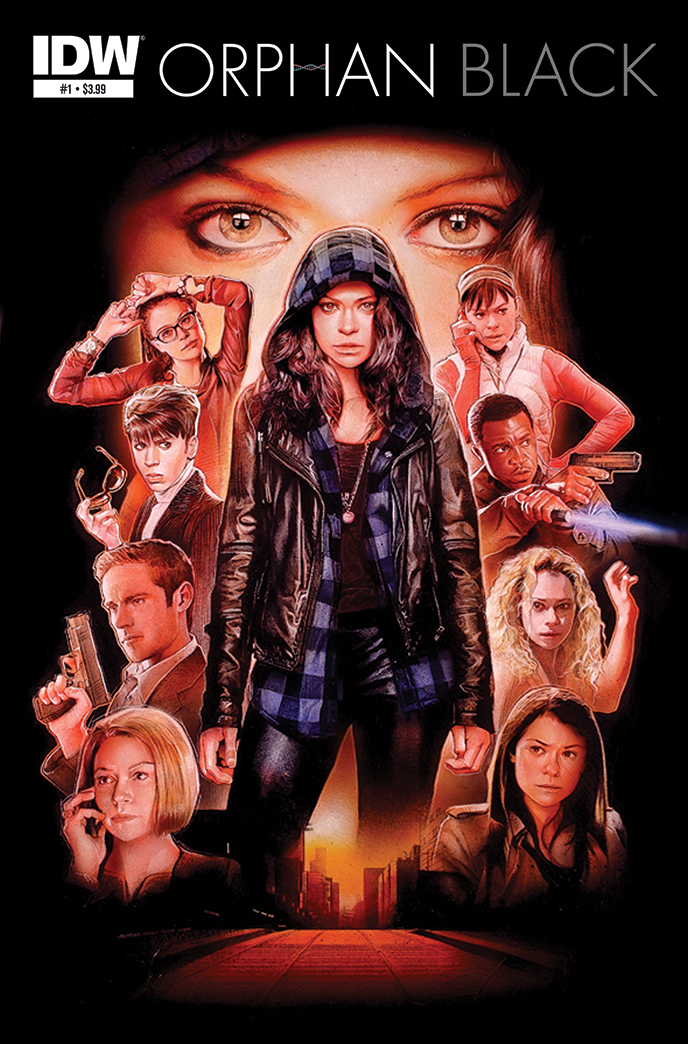 IDW set to bring the hit BBC America sci-fi show to comics in 2015.

IDW Publishing is bringing a different sort of "Clone Saga" to comic fans next year, announcing earlier today that it has picked up the rights to develop a new comic book series based on BBC America's hit clone-centric drama, Orphan Black. No details yet on the creative team behind the upcoming series, though the book is slated to debut early next year.

IDW is no stranger to developing comics based on licensed properties, with the publisher already handling books based on everything from G.I. Joe and Transformers to My Little Pony and Skylanders to X-Files and Star Trek. IDW also worked with BBC to publish books based on Doctor Who, until the license moved to Titan early this year.

For those out of the loop, Orphan Black tells the story of Sarah Manning, who, after witnessing the suicide of a woman with an uncanny likeness to her, discovers that she is one of a number of identical clones. Assuming the identity of her doppelganger, Sarah brings together a number of her cloned "sisters" to help uncover the nature of their origin and the conspiracy behind their creation. The show has been a huge success for BBC America and Space in Canada, and has recently been picked up for a third season.

"Orphan Black, in addition to being a captivating TV series, is a perfect premise for comics," said Chris Ryall, IDW's Chief Creative Officer/Editor-in-Chief. "And as the second season has expanded the series in exciting new directions, that has only increased the amount of stories we'll be able to tell in comic-book form."

IDW doesn't plan to simply rehash stories from the show. Instead, the publisher will work closely with Temple Street Productions, the producers of Orphan Black, to develop brand new stories to expand on the show's complex universe.

"We're so thrilled for Orphan Black to take shape as a comic series and join the ranks of IDW's impressive roster," said John Young, Managing Director of Temple Street Productions. "Orphan Black was met with an enormous amount of enthusiasm at last year's Comic-Con which really inspired us to give back to fans of the show through a medium so vital to the science fiction world."