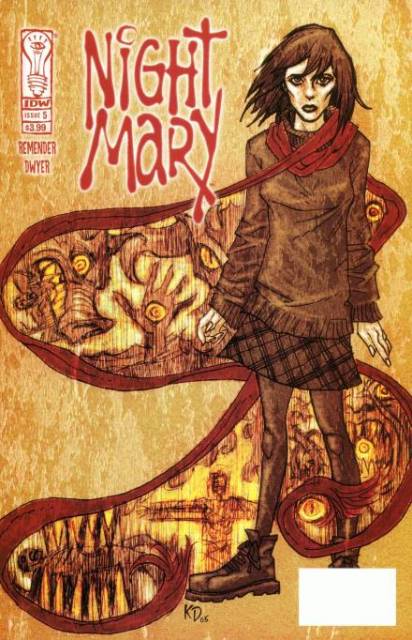 It looks like Marvel and DC aren't the only publishers looking to give their comics a home on your TV set. IDW Publishing has just announced a deal with Universal Cable Productions, a division of NBCUniversal, to develop a live action television series based on its Night Mary comic book.

Created by Rick Remender and Kieron Dwyer, Night Mary tells the story of Mary Specter, a young woman with the ability to enter into the dreams of others. While working with patients at her father's sleep disorder clinic, Mary ends up in the mind of a serial killer, putting herself in jeopardy as the nightmares in his dreams suddenly start to become a harsh reality.

"Of my creator-owned projects, Night Mary has always held a special place, definitely the best thing Kieron Dwyer and I created together," said Rick Remender. "It's very gratifying to see it finding new footing as a television series, ten years after its initial publication, and with such a skilled team at the helm."

To help bring Night Mary to the small screen, IDW and UCP have enlisted the help of John Pogue, writer and director of The Quiet Ones. Pogue has been tapped to write and direct the Night Mary pilot.

"Remender and Dwyer's Night Mary is a shockingly inventive and ingenious story with mind-bending potential," said Pogue. "Night Mary explores the next frontier-the human brain-through the dark adventures of a lucid dreamer, and what happens when conspiratorial elements attempt to turn our reality into a living nightmare."

No word yet on any potential casting for the series, or just where or when the series might find a home.