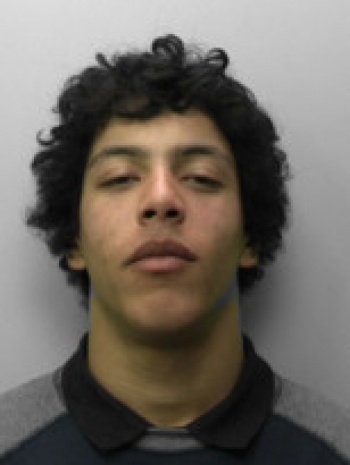 Jay Georgiou's partner in crime is still at large.

A 19-year old bandit who threatened to kill three men during a burglary has been jailed for an 8 year term, after the incident was heard as it was happening, thanks to Call of Duty: Black Ops 2. Jay Georgiou and his yet-to-be identified partner in crime broke into a flat in Eastbourne, Sussex, shortly before 5pm on April 1st, as the occupants were playing an online match. While Georgiou and his partner was busy threatening their victims, the gamer at the other end of the match in Brighton was calling the police.

Georgiou, who wore a crash helmet at the time of the raid, hit one of the occupants of the flat with an imitation handgun before he and his accomplice tied up the three people in the flat and threatened to stab or shoot them unless they handed over drugs and money. The robbers eventually got away with a laptop, mobile phone, and the Xbox console plus games. Georgiou was arrested two hours after the attack.

Detective Constable Richard Holder described the incident as terrifying, and said that the flat's occupants had been targeted by mistake. "The robbers were brutal in their treatment of the friends but Georgiou even stopped during the incident to take a phone call from his probation officer as he had missed an appointment. We will continue to work to track down the other robber involved so that he too can face justice like Georgiou."

Georgiou was convicted of robbery and possession of an imitation firearm when he appeared at Brighton Crown Court. In addition to his jail term, he was ordered to pay £120 costs.

Georgiou's accomplice is described as being white, 20 to 25 years old, with ginger hair. He wore a balaclava or ski mask during the robbery, and has yet to be identified.