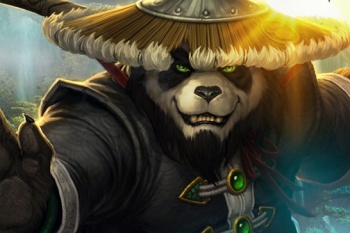 Mike Weatherley, the Conservative Member of Parliament for Hove & Portslade, wants virtual criminals to get the same penalty as real world thieves.

UK Conservative Party MP and David Cameron's chief adviser on intellectual property, Mike Weatherley, has called for those who steal virtual items with a real world value to get the same jail time as someone who steals real world items. Weatherley, a keen World of Warcraft player, says it's all about protection; people who own virtual stuff should expect the same level of protection as those who just own regular, mundane stuff.

"The perception from some people is if you steal online it's less of a crime than if you steal physically," says Weatherley. "If it genuinely is someone who's paid in the game and they've had that stolen, that's probably no different to something in the physical world."

Weatherley took the question to the House of Commons, asking the Secretary of State for Justice if he would bring forward proposals to ensure that those who stole "items in video games with a real-world monetary value received the same sentences as criminals who steal real-world items of the same monetary value." He met with a chilly response; Mike Penning, Minister of State for Justice and Policing, responded that the current law concerning theft and fraud online was adequate, and that sentencing was a matter for the courts.

Which is true so far as it goes, but it's hard to believe your local constable is going to be too happy if he has to investigate your claim that Darth_Lasagna nicked the guild's treasury, or any other MMORPG item with a real-world value. Weatherley isn't wrong when he says it's about perception, not value; but he's unlikely to get what he's after any time soon.