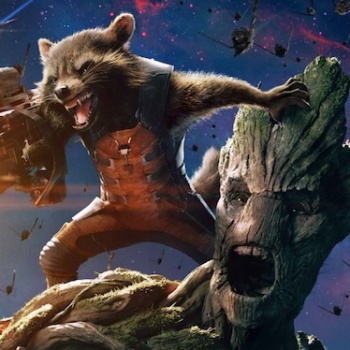 In an interview with website The Wrap, Guardians script co-writer Nicole Perlman confirmed Gunn will both direct and write the second movie.

Guardians of the Galaxy is still a week from theaters, and early buzz has already put expectations for it through the roof. With the film expected to be a smash-hit at the box office and yet another feather in the cap of Marvel Studios, the co-writer of the script has now stated that director James Gunn will return to both write and direct the second Guardians movie.

Speaking in an interview with website The Wrap during this week's San Diego Comic-Con, Nicole Perlman said that while Gunn will be returning she was uncertain of her own availability. "I would definitely love to work with Marvel again in the future," she said.

The Wrap notes that there has been no official announcement from Gunn, though its possible such word will come later today at the Marvel Studios panel. Retaining Gunn makes a lot of sense for Marvel, based on the incredibly strong early review from advance screenings and analyst predictions that Guardians will make about $60 million its opening weekend.

For more predictions on the Marvel Cinematic Universe, including the possibility of Gunn helming future Avengers movies, give a listen to our latest Comics and Cosplay podcast.