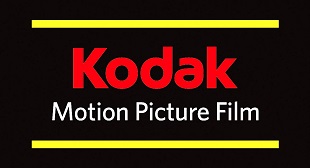 The use of film in big budget Hollywood movies has been on a steady decline for the better part of a decade now, but some of the greatest directors of our time aren't letting the medium slip away just yet.

Five major studios are expected to reach film purchasing deals with Kodak in the near future, according to The Wall Street Journal. Kodak's motion-picture film factory in New York is the last major manufacturer of the cellulose wonder.

The studios are buying set quantities of film in advance, without knowing for certain how many future projects will be shot on the medium.

Kodak originally sought direct investment from Hollywood powers, but that proposition was shot down earlier this year. It wasn't until several superstar directors stepped in that distributors got financially involved. Quentin Tarantino, who shoots on film, and owns the New Beverly theater in Los Angeles, lobbied Weinstein Company personally. J.J. Abrams (who is shooting Star Wars: Episode VII on film), and Christopher Nolan were also involved in similar meetings.

Film sales have dropped significantly since 2006, down to just 449 million feet in 2014 from 12.4 billion feet. The studio deals should keep Kodak in the motion-picture film business for at least a few years -- good news for all those working in the company's Rochester, New York film plant.