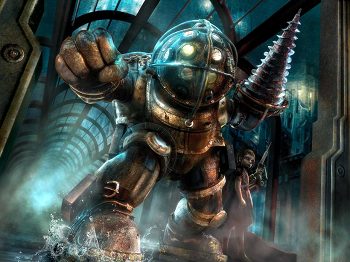 The port will be available sometime before the summer is over, but pricing has not been revealed yet.

Irrational Games and 2K Games announced that they will be releasing the original BioShock for Apple's iOS in a matter of weeks. The partners assured that gameplay and story will be identical in the mobile version to that of its PC and console counterparts.

BioShock, one of the most critically acclaimed games of the last console generation, will become one of many game franchises to become available on mobile platforms after it initial release. Titles such as Minecraft, Grand Theft Auto, and EA's Madden have already made the jump from console to mobile. Because of the decrease in sales of new video games, more and more developers are moving to the mobile scene in an attempt to boost sales.

The port was teased last month, but many assumed the company would be revealing the long-awaited PS Vita version of Bioshock. In February, Irrational Games announced that it would be closing its doors for good- and 2K has taken over the developement for Bioshock iOS. They have yet to formally say when the game will be released, but they have noted that it will be a "premium priced mobile game". iPad Air, iPad Mini 2, iPad 4, iPhone 4c, iPhone 5, iPhone 5s, and iPhone 5c will be compatible with the game. Older Apple devices will not be able to play.

Would you play BioShock on your phone or tablet? Tell us in the comments!