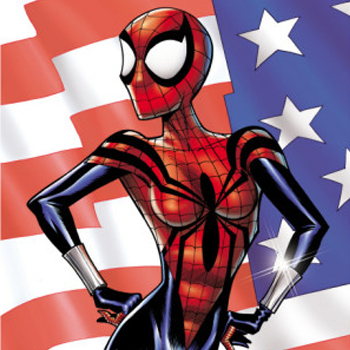 Exactly which character the film will be built around is unknown. Thus far, only two female characters who've appeared in the series have had super-powered alternate identities in the original comics: Felicity Jones' Felicia Hardy from ASM2 is also The Black Cat, while Sally Field's May Parker was at one point a Herald of Galactus known as The Golden Oldie (it's probably not going to be that second one.) The speculation is complicated by the fact that Sony is only allowed to use characters considered primarily a part of the Spider-Man franchise, so Spider-Woman (who has no relation to Spidey besides the name) is out. Silver Sable, Firestar and (possibly) Peter Parker's possible future daughter Spider-Girl may be available, alternately.

The move comes on the heels of Paul Feig's female-led Ghostbusters rumor, but also on the heels of continued troubles for Sony's beleaguered superhero franchise: Despite (eventually) starting to turn a profit overseas, the poor box-office performance of the expensive ASM2 seemingly prompted its sequel to be shoved off to 2018. Alex Kurtzman and Roberto Orci, two of the architects of the rebooted franchise, have been separately quoted as having "no idea" where the series was going at this point.