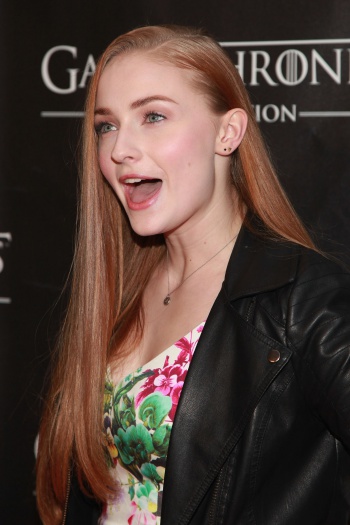 Sophie Turner, who plays Sansa Stark in Game of Thrones adds that no one is "Team Sansa," and hints at what's coming to the character in Season 5.

It's common knowledge by now that a lot of people really like HBO's hit TV show, Game of Thrones. However, that affection doesn't necessarily translate to the show's characters even if they're considered as one of the protagonists. This sentiment hasn't escaped Sophie Turner who plays Sansa Stark. In an interview, Turner admits that she often found herself defending Sansa against people frustrated by the character's poor choices and perceived passivity." In fact, Turner cheered a bit when a fan came to microphone (during the Game of Thrones Comic-Con panel) and declared herself a member of "Team Sansa."

That was awesome because no one is Team Sansa...People are adjusting. I think it's helped that she actually did something kind of cool last season where she was like manipulating and a little bit bad-ass.

Doing the scenes with Peter is fun because he's so funny and we get on really well...It's nice because we both really understand the relationship that they have. They have this unspoken trust - she's so much more open with him than she is with [other people]. You can see she's a lot more relaxed around him, even if it's just a snarky comment, she wouldn't say that to someone else in court. She doesn't want to trust him because he's a Lannister but she knows that she can. It's really sweet.

Finally, while Turner has begun shooting scenes for Game of Thrones Season 5, she couldn't (understandably) offer specific details where her character is going. However, she did reveal a "big change" is coming for Sansa Stark.

I can't reveal much, but there's a big change for her this season and there's a few familiar faces around

Whatever this change is, let's hope it endears Sansa to more fans of the show, and it doesn't involve more crying and moping.

For more Game of Thrones news here on The Escapist, book author George R.R. Martin shared that the pressure of fans and HBO for him to finish the book does affect him, and Maisie Williams, who plays Arya Stark, speaks out on "snobby" book readers.