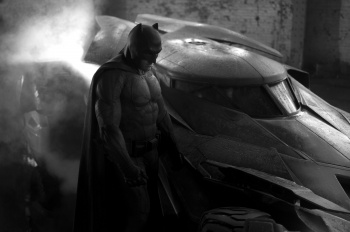 Warner Bros has shifted Batman v Superman: Dawn of Justice to a March release -- as well as setting the schedule for as yet unknown DC movies.

Hooray! We won't have to make the tough choice on whether we want to see Batman v Superman or Captain America 3 on May 6, 2016, because DC has moved Dawn of Justice to March 25, 2016. (Hm, could the massive success of Marvel's Guardians of the Galaxy have anything to do with this? Probably!) With this date shift, there are also a host of dates reserved for future, unnamed DC movies. The current schedule:

These dates don't exactly line up with previous rumors about a massive planned DC universe, building into Justice League, to rival Marvel's growing cinematic empire. However, there are more dates reserved here than the rumored slate of Batman v Superman, Shazam, Sandman, Justice League, Wonder Woman, Flash and Green Lantern team-up, and Man of Steel 2... but what exactly each of these dates is reserved for, we can only speculate. (Here's to hoping that Wonder Woman is on the first half of that agenda.)