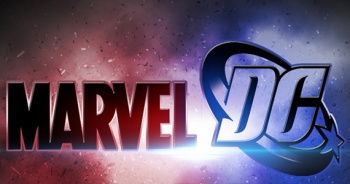 Avengers director Joss Whedon says both DC and Marvel has movies he adores, and also thinks the Avengers and Guardians of the Galaxy will get "mixed together" at some point since "it's Marvel."

With DC and Marvel both turning their comic book franchises into feature films, it's understandable that fans will compare the two universes. Even Avengers director Joss Whedon weighed in on the subject. In a video interview with Nerd HQ, Whedon admits both companies have movies he adores and ones he's not very fond of. Also, he doesn't think DC should follow Marvel's route in translating comics to movies.

I think that both studios [Marvel and Warner/DC] have kind of different agendas, different ways of approaching the superhero genre, and the ethos of the thing, and the esthetic. They go very dark and serious and sometimes it works amazingly, and Marvel tends to be a little lighter. Both have movies that I adore, and both have movies that I'm like... [pulls a face which suggests he's less keen], including bits of my own. I would not want them to do what Marvel does. I like what they do when they get it right.

Kevin [Feige] has a big plan and every now and then, he'll tell me part of it if he thinks it's going to affect what I'm doing or if he thinks what I'm doing is going to affect his...But as much as possible, I try to live in my own bubble. Guardians is very much its own thing. They're not the Guardians of this galaxy; it's a different one. So, I can sort of keep them at arm's length, long enough to do my thing and then I'm sure everything is going to get mixed together because it's Marvel.

In related news, Whedon announced yesterday that filming on Avengers: Age of Ultron has wrapped up, though he has a ton of work ahead of him in post-production work to ensure the movie meets its May 2015 release schedule.

Do you agree with Whedon that DC shouldn't copy what Marvel is doing when it comes to movies? If so, what direction should DC take to ensure it can have the same success as its rival?