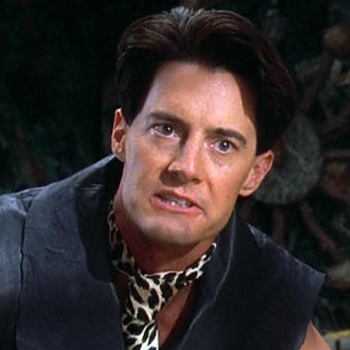 After shaking up its entire setup in the multi-part final storyline of its first season, Marvel's Agents of S.H.I.E.L.D. continues to add new characters and guest stars for it's anticipated sophmore year. The latest to join: NYPD Blue's Henry Simmons as the comics' Alphonso "Mac" Mackenzie and actor Kyle MacLachlan as... well, that might be a secret.

Officially, MacLachlan's character is being referred to as "The Doctor," with his actual name and role being kept secret. However, TVLine.com claims to know his real identity which, if true, is both a major spoiler for anyone who hasn't finished Season 1 and potentially an equally big spoiler for Season 2 (so think twice before clicking.)

Best known for his collabortations with director David Lynch including Blue Velvet, Twin Peaks and Dune; MacLachlan is a perennially in-demand character actor who has had also appeared in Showgirls, The Doors and the first live-action Flintstones movie. Agents will mark his second comic book adaptation, having previously provided the voice of Superman in the animated feature Justice League: The New Frontier.