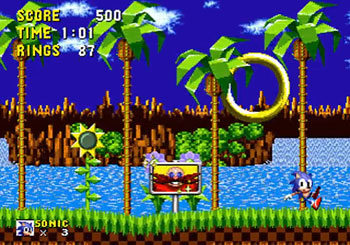 This week, at First Person Scholar, Steve Wilcox argues that rather than moving us toward a ludic future in which we become more aware of systems and patterns,

Games are inherently about developing empathy towards one another. This begins by thinking of games in the same way that others have thought about art in general: as a means of training the imagination to create new contexts in which to discover new knowledge.

Acting as wonderful support for Wilcox's argument, at Kotaku Asi Burbak discusses how developing Peacemaker forever changed how he thought about the current Israel-Palestine conflict, saying:

There is nothing more challenging than expressing empathy for the other side, especially when your side is under attack... In PeaceMaker, walking in another man's shoes is not only a concept; it's the heart of the simulation.

Conversely, The Guardian's Elena Cresci questions whether it is possible to base a game in a volatile real-world setting, such as Gaza, without belittling those involved in the conflict. Cresci concludes, using Peacemaker as an example, that when dealing with complicated subject matter it is essential for the designers to make their intentions clear.

Also on The Guardian, Daniel Nye Griffiths catalogs several games and how they are being used to change real lives, including newsgames such as those discussed by Cresci and Burbak.

Discussing how games touch our emotions, on Kill Screen Carli Velocci writes about how choices are presented in The Walking Dead and the ways in which such choices can lead to character deaths, initially agitate her social phobia leading to panic attacks, but also eventually help her to combat anxiety by allowing her to become more confident in her choices, including what to say in conversation, over time.

Let's end on a lighter note, shall we? Shifting gears from current events to the legacy of a certain blue hedgehog, on Kotaku the one and only Zolani Stewart traces the history of Sonic the Hedgehog and his status as a fluid media object moving between mascot and fully realized character.